The Colors of Christmas

There are several colors which are traditionally associated with Christmas. This site uses Red, Green and Gold. But why do we have them and what do the colors represent?
Most the colors and their meanings come from the western/northern european traditions and customs, when Christmas is in the middle of winter and it's dark and cold.

Evergreen plants, like Holly, Ivy and Mistletoe have been used for thousands of years to decorate and brighten up buildings during the long dark winter. They also reminded people that spring would come and that winter wouldn't last forever!
The Romans would exchange evergreen branches during January as a sign of good luck. The ancient Egyptians used to bring palm branches into their houses during the mid winter festivals.
In many parts of Europe during the middle ages, Paradise plays were performed, often on Christmas Eve. They told Bible stories to people who couldn't read. The 'Paradise Tree' in the garden of eden in the play was normally a pine tree with red apples tied to it.
Now the most common use of green at Christmas are Christmas Trees.

As mentioned above, an early use of red at Christmas were the apples on the paradise tree. They represented the fall of Adam in the plays.
Red is also the color of Holly berries, which is said to represent the blood of Jesus when he died on the cross.
Red is also the color of Bishops robes. These would have been worn by St. Nicholas and then also became Santa's uniform!

Gold is the color of the Sun and light - both very important in the dark winter. And both red and gold are the colors of fire that you need to keep you warm.
Gold was also one of the presents brought to the baby Jesus by one of the wise men and traditionally it's the color used to show the star that the wise men followed.
Silver is sometimes used instead of (or with) gold. But gold is a 'warmer' color.

White is often associated with purity and peace in western cultures. The snow of winter is also very white!
White paper wafers were also sometimes used to decorate paradise trees. The wafers represented the bread eaten during Christian Communion or Mass, when Christians remember that Jesus died for them.
White is used by most churches as the color of Christmas, when the altar is covered with a white cloth (in the Russian Orthodox Church Gold is used for Christmas).

The color blue is often associated with Mary, the mother of Jesus. In medieval times blue dye and paint was more expensive than gold! So it would only be worn by Royal families and very rich people. Mary was often painted wearing blue to show she was very important.
Blue can also represent the color of the sky and heaven.
During Advent, purple and sometimes blue is used in most churches fort he colour of the altar cloth (in the Russian Orthodox Church red is used for advent).
Թողարկված է Nanor Hovhannisian
Email ThisBlogThis!Share to TwitterShare to FacebookShare to Pinterest

Bells, especially Church Bells, have traditionally been associated with Christmas for a long time. In the Anglican and Catholic churches, the church day starts at sunset, so any service after that is the first service of the day. So a service on Christmas Eve after sunset is traditionally the first service of Christmas day! In churches that have a Bell or Bells, They are often rung to signal the start of this service.
In some churches in the UK, it is traditional that the largest bell in the church is rung four times in the hour before midnight and then at midnight all the bells are rung in celebration.
In the Catholic Church, Christmas is the only time that Mass is allowed to be held at Midnight. This is because in the early church, it was believed that Jesus was born at midnight, although there has never been any proof of this! A lot of Churches have midnight services on Christmas Eve, although not every church will have a mass or communion as part of the service.
In many Catholic countries such as France, Spain and Italy, the midnight mass service is very important and everyone tries to go to a service.
In Victorian times, it was very fashionable to go carol singing with small handbells to play the tune of the carol. Sometimes there would only be the bells and no singing! Handbell ringing is still popular today.
Թողարկված է Nanor Hovhannisian
Email ThisBlogThis!Share to TwitterShare to FacebookShare to Pinterest

Christmas Around the World

In Argentina the weather is warm at Christmas. Preparations for Christmas begin very early in December and even November. Many people in Argentina are Catholic and they also celebrate Advent.
House are beautifully decorated with lights and wreaths of green, gold, red and white flowers. Red and white garlands are hung on the doors of houses. Christmas Trees are also very popular and they are often decorated by 8th December (the feast of the Immaculate Conception - when Catholics celebrate when Mary was conceived). Some people like to put cotton balls on the Christmas Tree to represent snow! Any tree might be made into a Christmas Tree - not just the traditional fir tree!
Կարդալ ավելին
Թողարկված է Nanor Hovhannisian
Email ThisBlogThis!Share to TwitterShare to FacebookShare to Pinterest 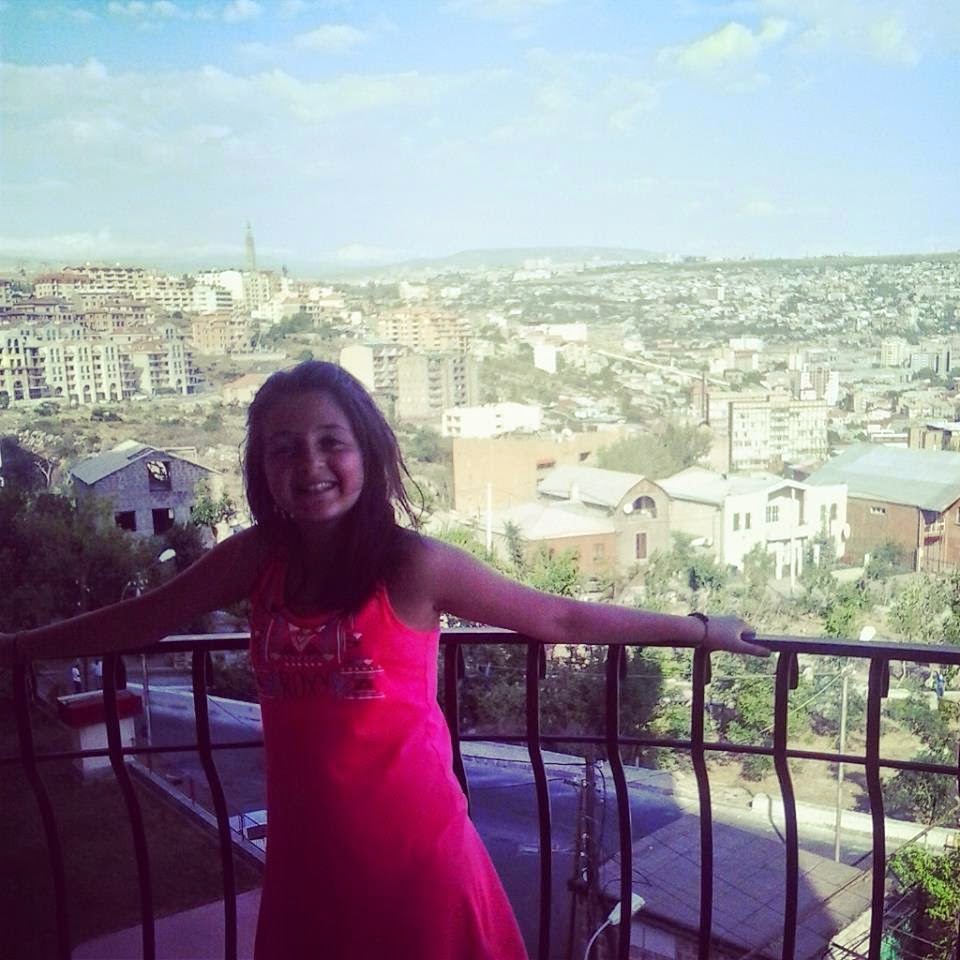 Lulu is a little polar bear who lives in an igloo on the polar ice cap.
On Christmas Eve, his eyes shining with excitement, he asks his mum:
- Mum, I’ve been good this year, haven’t I?
- Of course you have dear. You’re a very good little bear.
- Can I write my letter to Santa Claus then?
- Of course you can, replies his mum, but after that, you’ll have to go to bed, because it’s already late.
So Lulu gets down to work, fountain pen in paw before a blank sheet of paper.
"Dear Santa Claus,
I hope that you are well, and your little helpers too. This year, I would like:
- A long woollen scarf (I get cold on the ice cap sometimes)
- A wooden sledge
- A fishing rod
Please! (It doesn’t matter if you can’t bring every single present)
Thank you
Hugs and kisses
Lulu "
Կարդալ ավելին
Թողարկված է Nanor Hovhannisian
Email ThisBlogThis!Share to TwitterShare to FacebookShare to Pinterest

The Carol singers| A Christmas Story

Every Christmas Eve, Rob, Fred and Micky sing in front of all the inhabitants of the ice pack. In return, they get a golden star to attach to the Christmas tree. However, on this particular Christmas Eve morning, Micky gets up and starts to sneeze. "You’ll have to sing without me tonight" he said, his voice all hoarse. "Oh no!" replied his friends, we can’t do that!" But then again, it would be terribly sad for the inhabitants of the ice cap if they couldn’t have their Christmas carols this year! They had to find a solution to cure Micky, and quickly! The three friends went to see doctor Lolo. He sighed: "There’s only one way we can cure this in such a short time…""How?" cried Rob and Fred as one, as Micky gave yet another sneeze, burying his beak in his handkerchief.

This is the story of a little fir tree who dreamt of growing up so that he could go and be a Christmas Tree amongst the Humans. The other, older trees, knew more about life, and they told him that being a tree with the Humans wasn’t as good as all that. But the little fir tree didn’t want to believe the older trees – and he didn’t have long to wait.He was so pleased when one day some children came with their parents to choose a fir tree to decorate their living room. The children adored him at first sight.
So he was dug up, then brought into the living room, where he was hung with decorations. After they had finished decorating him, the little fir tree shone with a thousand lights. Christmas was getting closer and everyone admired the little Christmas Tree. 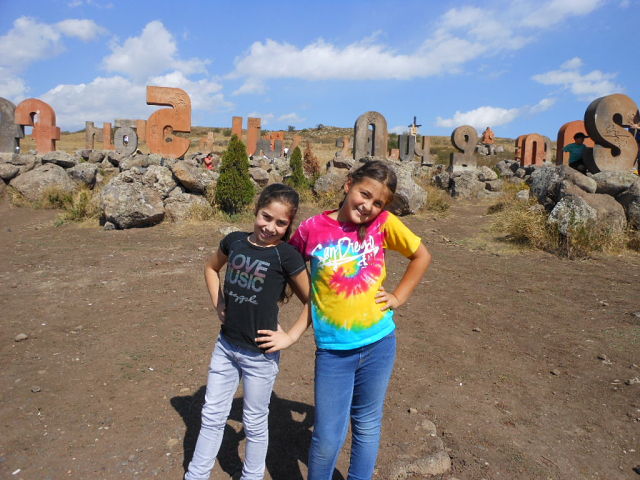 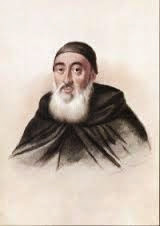